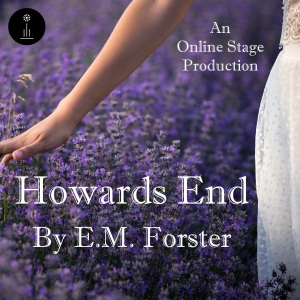 “Only connect!” E. M. Forster’s classic 1910 novel follows the lives and loves of the Schlegel sisters, Margaret and Helen, as they attempt to make connections with members of two very different families: the conservative, wealthy Wilcoxes, and the working-class Basts. 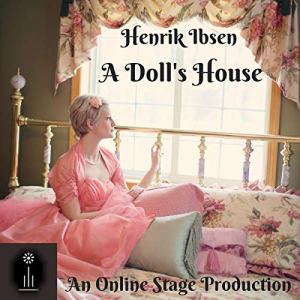 A Doll’s House, published in 1879, was the earliest of Ibsen’s “social dramas”, and the first of his works to attract attention outside of Scandinavia. The central theme of the play is a woman’s right to individual self-development, and represents, as humourist Stephen Leacock observed of many Ibsen plays, “a profound problem stated but not solved”.

Elizabeth reprises her role as Marilla Cuthbert in L.M. Montgomery’s classic Anne of Avonlea, produced as a full-cast dramatic reading with The Online Stage. The first installment, Anne of Green Gables, is also available at Audible, and has received multiple five-star reviews.

Following Anne of Green Gables (1908), this book was written by Lucy Maud Montgomery in 1909. Sixteen-year-old Anne is about to start her first term teaching at the Avonlea school.

The book soon introduces Anne’s new and problematic neighbor, Mr. Harrison, and his foul-mouthed parrot, as well as the twins, Davy and Dora. Other characters introduced are some of Anne’s new pupils and Miss Lavendar Lewis, a sweet but lonely lady. This book sees Anne maturing slightly, even though she still cannot avoid getting into a number of her familiar scrapes, as only Anne can – some of which include selling her neighbor’s cow (having mistaken it for her own), or getting stuck in a broken duck house roof while peeping into a pantry window.

Elizabeth is proud to announce the release of The Online Stage production of Bram Stoker’s Dracula, which is now available at Audible. Elizabeth plays the role of Mina Harker, and also served as producer and editor for this production. The book is a dramatic reading and is performed by a full cast; you can hear Ben Lindsey-Clark as Dr. Seward and Ben Stevens as Van Helsing in the Audible sample.

Bram Stoker’s 1897 novel is the most famous vampire tale ever told. British solicitor Jonathan Harker finds himself imprisoned in a castle in Transylvania and begins to believe his host, Count Dracula, is not entirely human. As his horror mounts, he suspects that Dracula plans to invade and conquer England, one victim at a time.