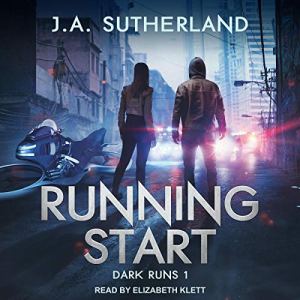 Elizabeth’s latest release is the first book in the new Dark Runs series: Running Start by J.A. Sutherland, now available at Audible. Elizabeth will be narrating the second book, Running Scared, for Tantor Audio in November. Sutherland is also the author of the popular Alexis Carew series, which should be returning next year.

What if you discovered you’d been sold?

For Mason Guthrie, a sudden arrest, railroad trial, and quick conviction for the “vandalism” of fixing things around his tenement building come as a shock.

For Rosa Fuentes, it’s just more confirmation that, to Earth’s rulers, they’re nothing but commodities to be bought and sold.

Together – along with Rosa’s disturbingly capable AI – they break out and make their way off Earth to start a new, free life.

Unfortunately, the folks they stole a billion credits from along the way would like those back. 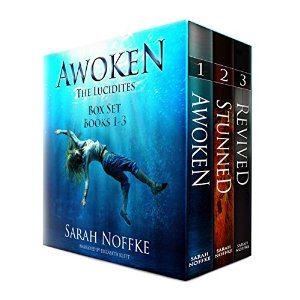 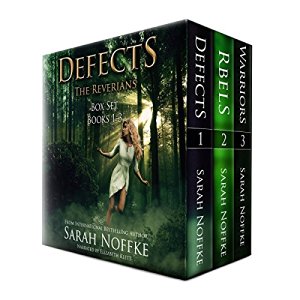 Fans of Sarah Noffke, take note: the Lucidites series and the Reverians series are now available as boxed sets on Audible! Elizabeth narrated both of these wonderful YA dystopian series, which have been garnering excellent reviews. 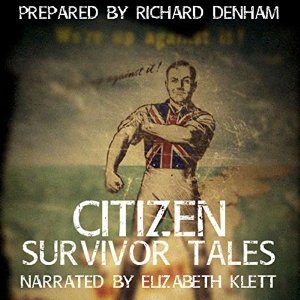 Elizabeth has a great new release at Audible today: Citizen Survivor Tales by Richard Denham, a novel composed of interviews with survivors of the “Great Tribulation” in an alternate version of post-WWII Britain. Elizabeth voices the protagonist, journalist Maryanne Coleman, as well as ten very different interviewees, both male and female. You can listen to two different samples from the book at the author’s YouTube page: “The Hunter” and “The Widow.”

Maryanne Coleman was a popular journalist who worked for The Ministry during the 1940s. While under the guise of a reporter for The Southern Herald, her role was to interview a variety of survivors of “The Great Tribulation”, which had plunged Britain into chaos. She traveled throughout Britain speaking to a wide assortment of characters and those who had come to the attention of The Ministry and to collate information, both overtly and covertly, on the current state of the nation.

Although her interviews were later recovered, Maryanne herself went missing. Her fate is currently unknown. It must be conjectured that one of the interviewees was involved in her disappearance.

Here then, is a collection of 10 of Maryanne’s most interesting, amusing, bizarre, frightful, and compelling interviews. 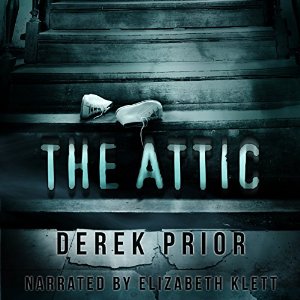 Elizabeth’s latest release is The Attic by Derek Prior, a chilling short story now available at Audible. It’s about a zombie apocalypse seen through the eyes of a 9-year-old boy. You can listen to a sample at Audible, or at Elizabeth’s Soundcloud page. You can read more about the author at his blog.

It was the place they stored the junk no one wanted anymore: discarded toys, baby clothes, and ancient secrets from forgotten generations. But when contagion turns Wesley Harding’s world insane, and horror enters his home, the attic is the last place left to hide. At nine years old, he finds himself alone in the dark, amid heaped-up piles of the familiar and the unknown. Gunshots and howls punctuate the thunderstorm outside. Crashes and groans come from below. There isn’t much time, and Wesley must uncover the secrets of the attic, if he is to survive the night.